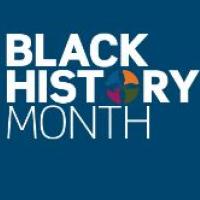 During October the UK celebrates Black History Month (BHM). This year, Ealing is marking the 33rd anniversary of BHM by celebrating ‘Key moments in Black History’.

This year's resource pack (along with all BHM materials that have been produced in past years) is available on EGfL: www.egfl.org.uk/BHM

The first BHM was celebrated in 1987 only in London and was largely the result of local community activism challenging racism in general in British society and the Eurocentric version of history that dominated the state school system. Over the years BHM has spread across the whole UK.

This year in Ealing schools, we aim to celebrate the achievements and contributions of Black people not just in the UK, but throughout the world and to foster an understanding of Black history in general.

BHM is also the perfect opportunity to visibly demonstrate our commitment and support to the wider Diversity, Equality and Inclusion agenda. Over the years the focus of BHM has expanded its coverage to include the history of African, Asian and Caribbean people and their contribution to Britain.

Although Black History Month is celebrated in October, it is strongly advised that BHM is embedded in the whole curriculum throughout the year.

Please note, that schools may wish to explore other themes to ensure a wider coverage and links with the Asian communities and their contributions to Britain and beyond.