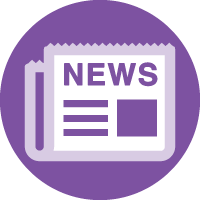 Ashura take place on the 10 September 2019 this coming academic year.

Some pupils may not appear at the beginning of term.

The period of Muharram (the nine days leading up to Ashura) is argued to be a period of religious observation and Ealing has accepted that absence is allowable during this extended period (This replaced the previous September 2016 guidance).

However, even though a parent can take time for religious observation without individually notifying the school, for this extended period of observation we request that parents supply their child’s school with a letter from their religious body/Mosque identifying the child as being part of the Dawoodi Bohora community and identifying the dates of the period of Muharram and Ashura for the relevant year (they change annually by approximately 11 days).

iTrent maintenance Friday 6 August
29 July 2021
Include me – 2021 SEND Conference 'Making everyone welcome'
26 July 2021
Pupil Premium: Eligibility and funding arrangements
23 July 2021
Final day to tell us what you think about our ELP services!
23 July 2021