Home » News » Staff conduct in the run-up to the election

Staff conduct in the run-up to the election 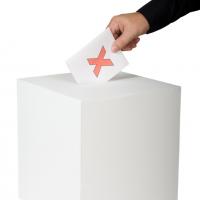 With the UK Parliamentary General Election fast approaching the council will be operating under pre-election restrictions, purdah, from Thursday 7 November.

The UK Parliamentary General Election will be held on Thursday, 12 December.

The pre-election or ‘purdah’ period starts when the formal notice of election is published - in this case Thursday, 7 November - and runs until after the polls have closed on Thursday, 12 December.

There are very real and serious consequences of breaking purdah restrictions. Legislation allows for officers to be individually prosecuted for breaching the rules and legal action could also be taken against the council or the ‘returning officer’.

Helen Harris, director of legal and democratic services, has issued guidance notes on purdah and VIP visits (see downloads below). Please read the guidance to help ensure that the council in no way influences the outcome of the election.

“Everyone should bear in mind that in the run-up to elections it is more important than ever that you act, and are seen to act, in a politically neutral manner. Anything that promotes, or might appear to promote the interests of a specific candidate or political party must be avoided and the same is true of anything that could be seen to have a negative impact on any party or candidate,” said Helen.

All candidates and supporters will be on the lookout both for their own campaign publicity opportunities and for incidences where they feel other candidates may be gaining unfair advantage.

What does it affect?

“Purdah affects a lot of things the council does,” said Helen. “This includes any kind of publicity or any communication, in whatever form, that is aimed at either the public at large or a specific section of the public.

“As well as leaflets and news stories issued by or on behalf of the council, it includes sponsorship, events, and even the colour of banner displays – where party political colours could be problematic.

“You must be careful not to give, or to be seen to give, greater prominence to one particular candidate or party. For example, it is unlikely to be appropriate to invite any MPs to events taking place during the Purdah period.

"Business as usual should continue. However, more controversial decision making and consultation exercises should if possible be avoided during the period."